and sing their new song, Wind and Rain from their musical Solana.

Andrew Sotomayor on piano. Filmed at Ars Nova
To buy the sheet music go to: http://www.heitzmanreid.com/store.html 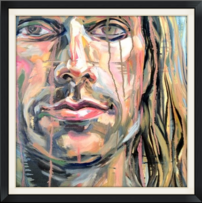 Check out the work of Serge Kushnier. Paul appeared in Serge's indie film, Will.

​Serge Kushnier as an actor, he worked across Canada and the U.S. on stage—most notably performing on Broadway in the Tony Award-winning musical Hairspray—in addition to roles on television and in films.

As a screenwriter, he’s written several short and feature screenplays, as well as pilots and spec scripts for television. Including Will, as the director and screenwriter. He sold his first spec screenplay “A Holiday Heist,” which airs on the ION network annually, starring Lacey Chabert and Vivica A. Fox. Recently he placed in the Top Ten of the New York Screenplay Contest out of thousands of scripts with his feature script “Something in Susan”.

Learn more about Serge at www.serge-kushnier.com
​

You can watch Paul in the film Will under the LISTEN/VIEW tab.

Paul is grateful for the opportunity to follow his passion when it comes to the art of his work in theatre, writing, music and more. He wants to share this creative corner with projects, friends and others you should check out!

Anna Stump was wonderful to create this one-of-a-kind portrait for Paul
​when he was appearing as Jesus in Jesus Christ Superstar.
Check out her incredible work at http://www.annastump.com